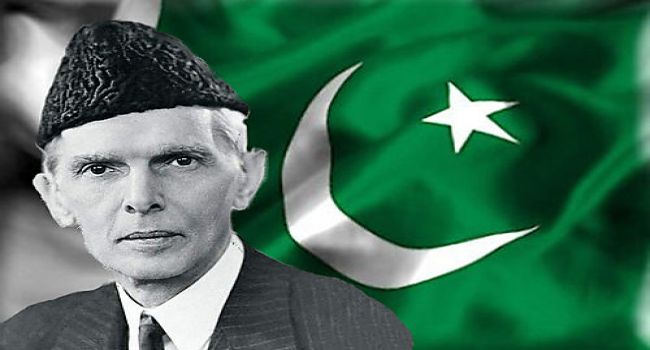 Our great leader the founder of Pakistan Muhammad Ali Jinnah was born in Karachi on the 25th of December 1876. He received his early education in a local school. Later on he entered into a Missionary high school and passed the entrance examination. Next year he went to England and returned after four years as Barrister-at-Law in 1915. He loved and Married Ratan Bai the daughter of Sir Dinshaw Petit. In 1947 he got Pakistan and worked as the first Governor General. He worked day and night so hard that his health broke down. He died on 11th September 1948l.

He is the greatest leader of this century. He devoted his life to the creation of Pakistan. First of all he was the member of Indian National Congress. He worked for the Hindu Muslim unity. But later on he joined the Muslim League. He worked day and night. In the 1946-47 general elections the Muslim league won a large number of seats in the Provincial Assemblies. Pakistan Resolution was passed in 1940. After the second world war the British promised to leave the country. On 14th August 1947 India was divided into two states India and Pakistan. It was a great success for Jinnah. Despite it he was not proud. He stayed humble.

Physically the Quaid-i-Azam Muhammad Ali Jinnah was a weak and thin person. His health was not good. But on the other hand he was a man of strong will. He had to face a large number of problems and hardships but he remained firm to his stand. The English and the Hindus could not succeed to win him over. He always showed strong will power at all occasions. He was as firm as a rock.
He was a man of courage. He was also a brave man and fearless leader. To get Pakistan he did not care for his broken health. He did not care for dangers to his life and opposition from the Hindus and the English. He was ready to face all circumstances. He was not even afraid of death.

The Quaid-i-Azam was very wise man. He had an independent judgement and opinion. He decided everything in the light of reasons. He never allowed his passions to interfere into his affairs. His arguments against or in favour of a matter were very clear and conveying. Through this great quality he failed the Hindu intrigues and the English mind and succeeded in his mission. He got a separate homeland for the Muslims of sub continent.

Sincerely and devotion are essential virtues for success. Therefore Quaid-i-Azam Muhammad Ali Jinnah was a sincere and devoted leader. He was upright and honest He never worked for his personal gain or fame. He devoted all his time and energy to work for the achievement of Pakistan. He was always ready to serve others. Although his health was poor yet he worked hard for his nation. He liked his people and worked for them. The Quaid worked selflessly for the Indian Muslims. After Pakistan was made he continued to work hard for them until his death He never stopped his work. He advised the whole nation to work He said "work, work and work" He put the same thing into practice.

During the struggle for Paksitan the Quaid-i-Azam had to make a lot of speeches. He impressed the audience because he was a very good orator. He delivered his speech very effectively. He discussed all the important aspects of the subject in his speech. When he spoke in the constituent assembly. The discussed its functions clearly and proved himself a very successful public speaker. There was a great awe in his voice. Everybody listened to him attentively.

Hard work is key to success. The Quaid-i-Azam knew it. He was a hard working and industrious person. He was always ready to serve others. Although his health was poor yet he worked hard for his nation. He liked his people and worked for them. They too like him much. Moreover he refused to take rest. He made long tours of India to awaken the Muslims. He had to solve all the problems but he never showed a sign of exhaustion. This quality of our great leader infused new spirit in the Muslims. At last he succeeded to create a new homeland for the Muslims of India. Today we are enjoying freedom in an independent country. It is the result of effort or our great leader the Quaid-i-Azam.